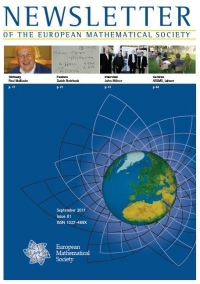 In September issue of the EMS Newsletter President of the Polish Mathematical Society explains why European mathematicians should consider attending 6ECM.


EMS Newsletter September 2011
A dozen reasons to participate in the 6th European Congress of Mathematics in Kraków, 2–7 July 2012
Stefan Jackowski (President of the Polish Mathematical Society)

Mathematicians travel a lot as there are many conferences and workshops that take place all around the world. What is special about the European Congresses of Mathematics? Five of them have already taken place, in Paris (1992), Budapest (1996), Barcelona (2000), Stockholm (2004) and Amsterdam (2008). Why should you consider attending the next meeting?
And before coming, we invite you to visit the website www.6ecm.pl for more information about the Congress, the prizes to be awarded during the 6ECM, satellite meetings, tourist attractions and practical information. At the website you can also pre-register for the 6ECM and submit  proposals for the various activities mentioned above. You are additionally invited to join us on Facebook.
On behalf of the European Mathematical Society and the local organisers of this congress, the Polish Mathematical Society and the Jagiellonian University in Kraków, I cordially invite you to participate in the 6ECM.

See you in Krakow!
Do zobaczenia w Krakowie!